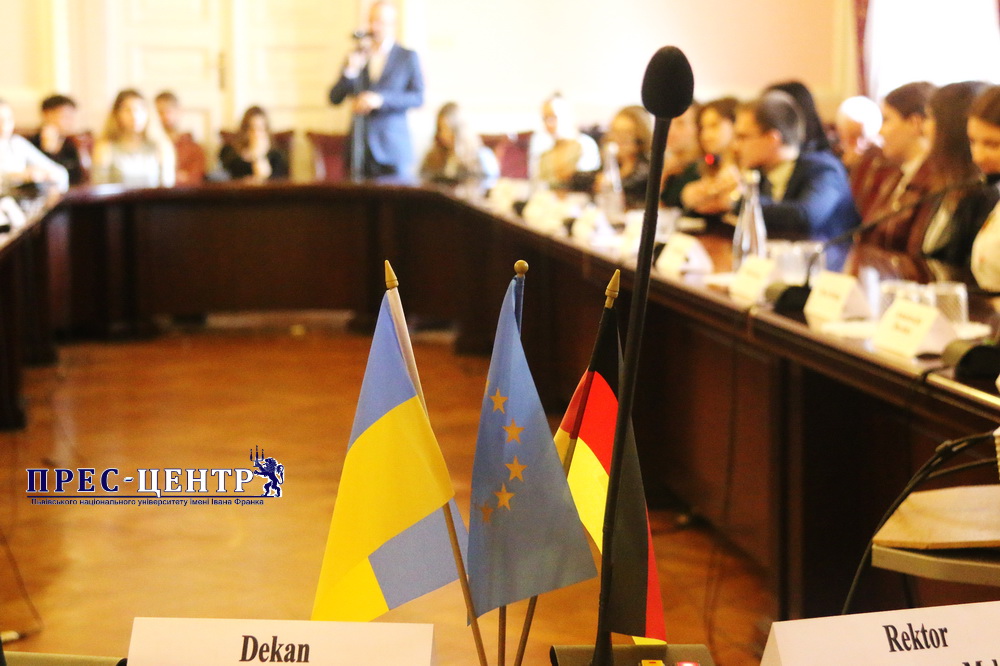 Rector of the University, Corresponding Member of the National Academy of Sciences of Ukraine, Professor Volodymyr Melnyk met the delegation. Rector, in particular, told members about Lviv University, its international contacts and a leading place in the Ukrainian education system. In addition, Volodymyr Melnyk emphasized the importance of meetings that give the Ukrainian youth opportunity to be heard, the university elite to cooperate with the German partners, and also called for support of Ukraine in its struggle against the Russian aggressor and measures aimed at restoring peace in Ukraine.

The German delegation saw the exhibition of the Museum of the History of the University, an exhibition of children’s drawings in the framework of the projects of the Association of Ukrainian Germans, “I bow my head to the Ukrainian woman” and “Picturesque Ukraine”. The delegation also met with with the Dean of the Faculty of Foreign Languages, Professor Volodymyr Sulym, President of the Association of Ukrainian Germanicists, Head of the Department of Intercultural Communication and Translation, Professor Alla Paslavska, Head of the Department of German Philology, Professor Bohdan Maksymchuk.

After that, in the Mirror Hall of the University, there was a lively discussion between the members of the delegation and the German philology students and translators, during which the issues of environmental protection, investment attractiveness of the Ukrainian economy, the quality of German and Ukrainian school and university education systems were discussed. Students have become convinced of the importance of learning the German language, the ability to communicate with leading European politicians and influence social processes.