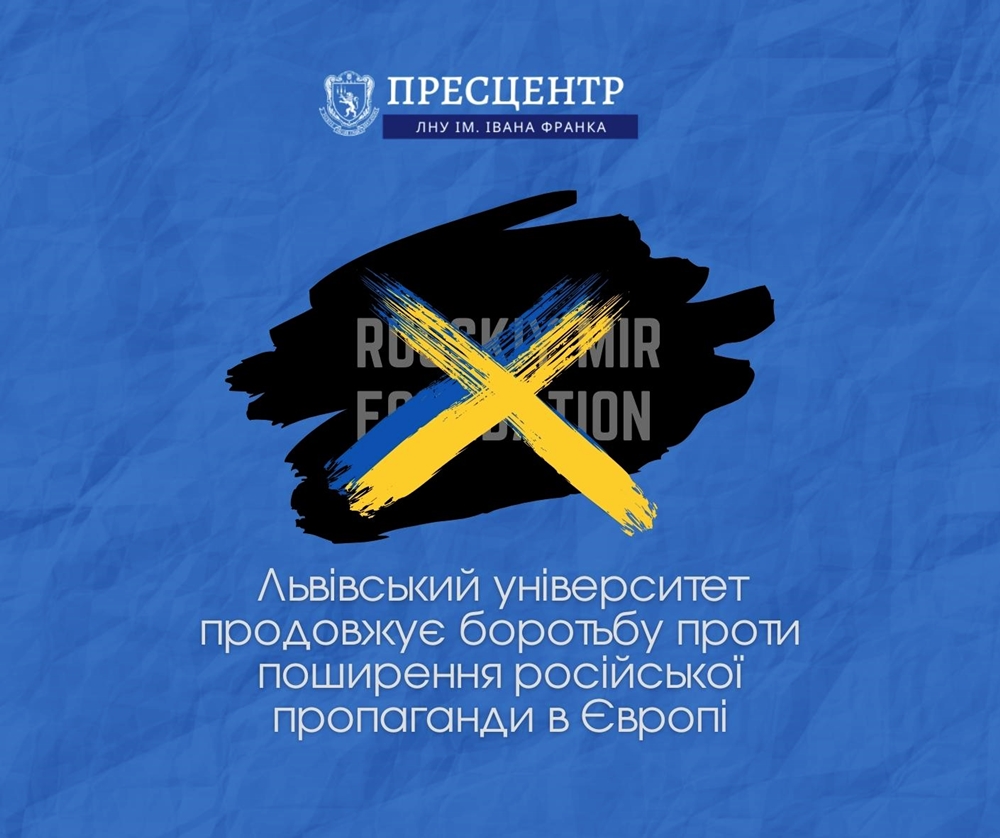 Since the very beginning of the full-scale Russian invasion of Ukraine, Lviv University has been acting intensively in  European and the world educational communities in order to consolidate the world society to the greatest extent possible around the issue of condemning the Russian invasion and complete cessation of cooperation with educational, scientific and cultural centers of the aggressor country.

To this end, Ivan Franko National University of Lviv conducted a detailed analysis of all current international relations of the University with foreign partners regarding their cooperation with educational and/or scientific institutions of the Russian Federation.

Lviv University has officially addressed these higher education institutions notifying them about the inacceptability of the functioning of such centers with the consideration of the dissemination of inhumane pro-Russian narratives and propaganda of the “Russian world”.

As of today, the universities of Groningen and Valencia have already declared their full support for Ukraine and reaffirmed their position by closing Russian centers and ending cooperation with Russian foundations and universities. We thank our foreign colleagues who responded for their unambiguous and uncompromising stand on the information war front. We expect a relevant reaction from the rest of our partners.