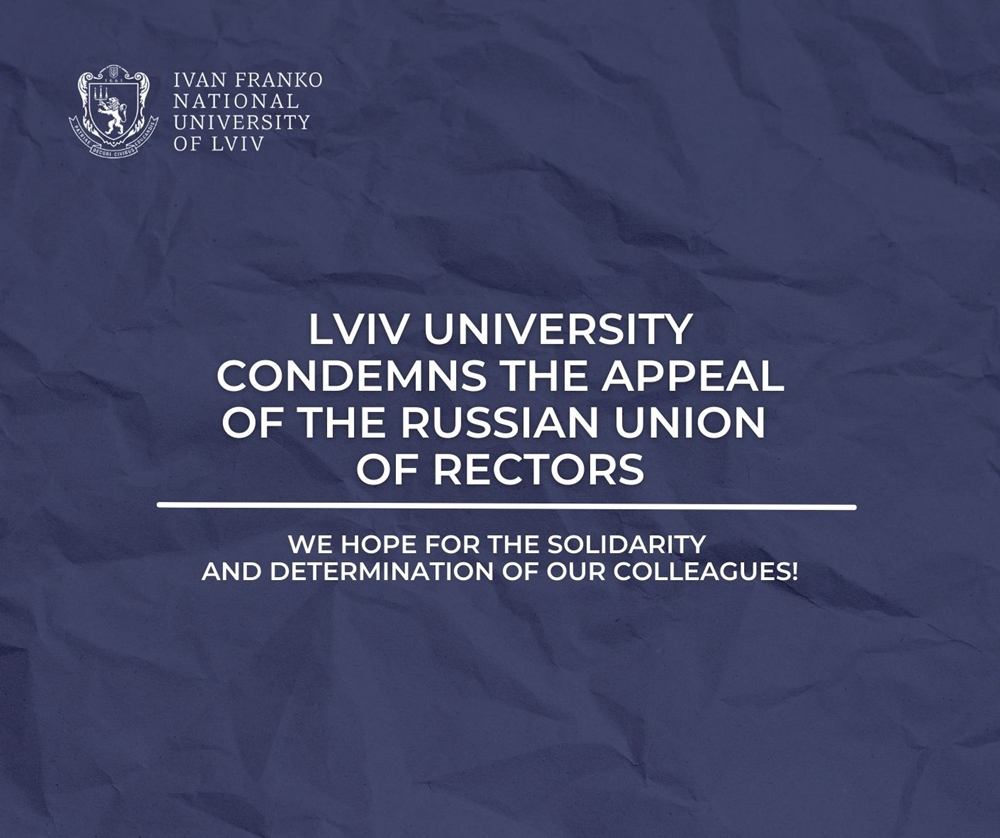 The academic community of Ivan Franko National University of Lviv is convinced that the development of education and science must contribute to reinforcing democratic development, the implementation of the rule of law and humanism values in society.

Lviv University strongly condemns a disgraceful appeal of the Russian Union of Rectors, published on the organization’s website, in support of the criminal Putin regime, which is conducting brutal hostilities in Ukraine, committing crimes against humanity by bombing residential areas in Ukrainian cities and towns, killing women, children and seniors.

Once again, we call on our partners to break all academic contacts with Russian scientific and educational institutions and to boycott their international cooperation initiatives.

We also ask you to inform the partner countries’ authorities about this request to include this list of signatory rectors in the list of those liable to be sanctioned for supporting and promoting war and crimes against humanity.

We hope for the solidarity and determination of our colleagues!

The text of the appeal of the Russian Union of Rectors and the list of its signatories have been translated into English and sent to all partners of Ivan Franko National University of Lviv.