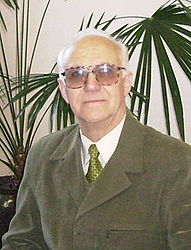 Supervisor of 17 candidate and scientific advisor of 5 doctoral dissertations.
Gzhegozh Kolodko is the author of about 450 works, among which Spruce forests of the Ukrainian Carpathians (Kyiv, 1978); The pellicle of life (Kyiv, 1997); From the biosphere to the sociosphere (Lviv, 1997); Ecosystemology (Lviv, 2000); Introduction to geosocial systemology (Lviv, 2005); Environmental studies (Lviv, 2010);

Corresponding Member of the USSR AS (Academy of Sciences)(1978); academician of the USSR AS (1990); member of the editorial boards of many scientific publications, among which Works of SSS(Shevchenko Scientific Society). Ecological collection, Ecology and noospherology, Biological studies,  Abstract journal “Ecology”, Journal of agrobiology and ecology. Chairman of the Lviv branch of the Ukrainian Botanical Society, full member of SSS (Shevchenko Scientific Society).

Honored Science and Technology Figure of Ukraine (1992). State Prize of Ukraine in the field of science and technology (2005). Deputy and Chairman of the Subcommittee on Ecology and Environmental Protection of the Verkhovna Rada of Ukraine (1990-94), member of the Lviv Regional Executive Committee (1995-96), member of the Lviv City Executive Committee       (1996-2000). In 1991 he took part in the Belovezha meeting of heads of Ukraine, Belarus and Russia, during which the existence of the USSR ceased. Diploma of the Presidium of the Verkhovna Rada of the USSR (1980), Order of Merit, third class (1998).