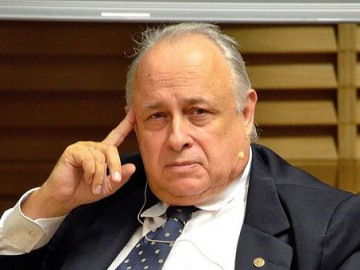 Scientific interests: reception of ancient culture in national and regional cultures of Central and Eastern Europe.

Founder and head of the Center for Research of Ancient Tradition in Poland and Central and Eastern Europe of the University of Warsaw and the Collegium of Interfaculty individual humanitarian studies (1992). Together with Ukrainian scientists he initiated the establishment of the International Humanitarian School of East Central Europe (1996). The initiator of the creation of the Inter-Academy “Artes Liberales” (1999), which works on new models of higher education at the level of master’s programs and doctoral studies in Central and Eastern Europe.

The editor of OBTA scientific publishing series, including “Łacina w Polsce” (Latin in Poland), “Ludzie i Teksty” (People and Texts), “Eseje i Studia” (Essays and Studies), manages the international program of publication of historical sources “Corpus epistolarum Ioannis Dantisci”. Member of the Polish Academy of Arts, Warsaw Scientific Society, International Society for the History of Rhetoric, International Association of Neolithic Studies and others, Senator of the Ukrainian Catholic University (2002). Dr. honoris causa of Lviv University (2003).

Literature: Akser Y. Biography // Akser Y. For you to teach other people’s children. A few thoughts about the fate of the academic teacher / Compiled by V. Kmet’, I. Mraka. Lviv, 2008; Jerzy Axer. Curriculum vitae // www.iti.mta.hu/Axer.doc