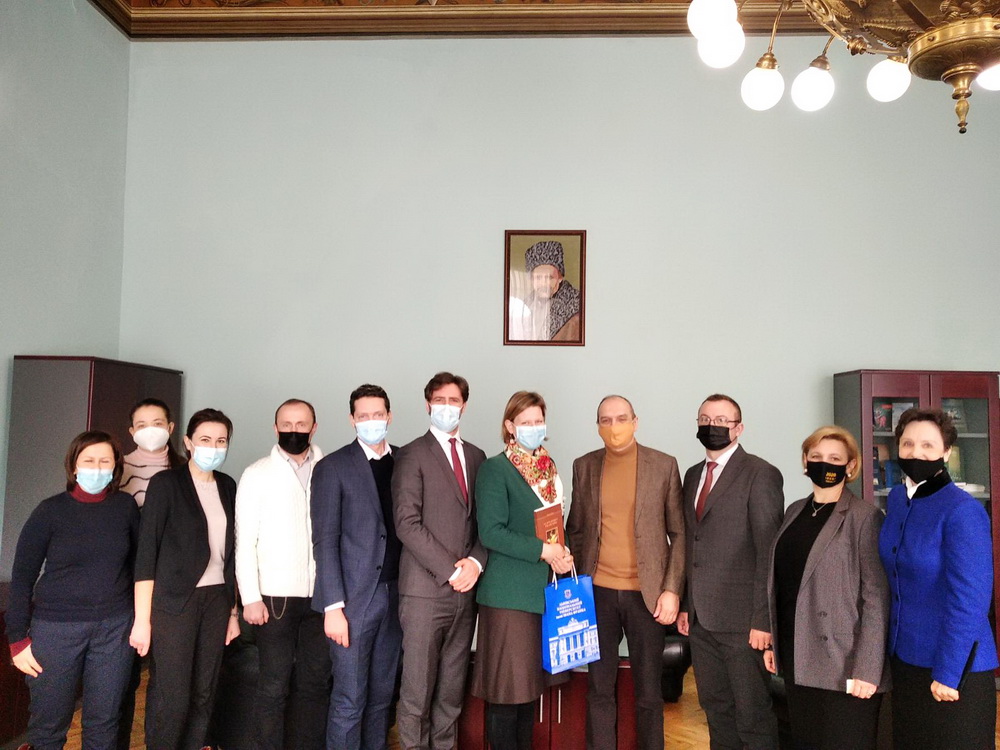 On February, 19, 2021 Andrii Hukaliuk, the first Vice-President of Ivan Franko National University of Lviv, met with the delegation from the Embassy of France in Ukraine with Alix de Gassart, research and university collaboration attaché in charge.

As far as Ukrainian party is concerned, Liubomyr Borakovskyi, the dean of the Faculty of Foreign Languages, Zoriana Piskozub, the head of the department of French Philology and other university professors of the department as well as Vasyl Kmet, the head the head of the Scientific Library of Ukraine participated in the meeting.   Alix de Gassart was accompanied by Tom Bellami, a coordinator of the “Alliance Française” (French Alliance) in Ukraine and Nikola Fasino, the head of the branch in Lviv.

During the meeting honourbale guests and the representatives of the academic community discussed the questions related to the strengthening of collaboration between Ivan Franko University of Lviv and some interested French universities. In particular, this meeting developed a question of increasing the opportunity of academic mobility not only for students studying French as their first or second foreign languages, but also for the professor at the department of French philology.

One more important aspect of the meeting was the discussion of further support of scientific and cultural events targeted at promoting the French language at the university by the Embassy of France in Ukraine.

Based on the information by the Faculty of Foreign Languages