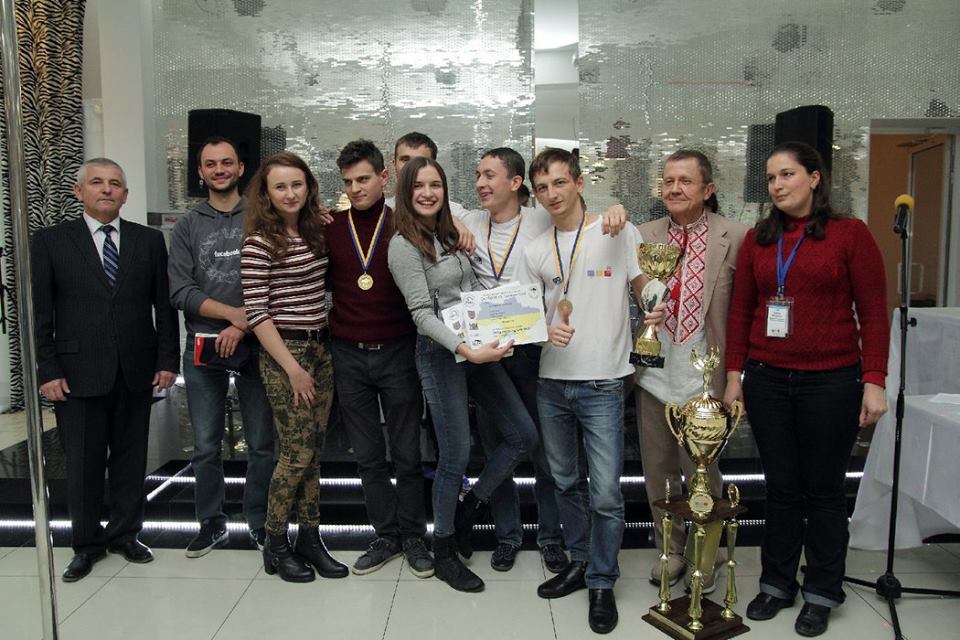 The team of Ivan Franko National University of Lviv consisting of the sixth-year students of the faculty of applied mathematics and informatics: Taras Savitskyi, Volodymyr Radiuk and Andrii Makar under the guidance of the coach – the assistant of the department of applied mathematics Vasyl Biletskyi won ACM-ICPC Sports Programing South East Championship Cup.

In Ostap Korkuna’s words, according to the traditions of ICPC competition, the table of results is halted one hour before the end; thus, the teams and supporters don’t see the results of other teams and hence the intrigue is kept until the final announcement of the results.

For the last hour the team of Ivan Franko National University of Lviv solved one more task gaining a foothold in the first place. The team of Uzhhorod National University could solve two more tasks and reach the second position in the overall standings. The third place was taken by the team of Taras Shevchenko National University of Kyiv; although it didn’t solve anything for the last hour but due to the successful start and a small number of failed attempts, it got ahead of other teams with the same number of solved tasks. The 4-6th places were taken by the teams of Romania and Turkey which took part in the competitions in Bucharest.

By the results of the competition three Ukrainian teams will go to the final of Sports Programing Championship which is going to be held in the USA in May, 2017. Now the team-finalists will have more intensive training and it remains for us to support and hope that the Ukrainian reserve of medals will be enriched. By now Ukraine has 2 gold medals, 2 silver medals and 2 bronze medals according to the results of the previous years”, – Ostap Korkun noted.

We can add that International Student Olympiad on programing (ACM/ICPC or ICPC) is the biggest student team Olympiad on programing. The championship is held under the auspices of the Association for Computing Machinery (ACM). At different times the sponsors of the competitions were such companies as Apple, AT&T and Microsoft, but since 1997 till today IBM company has been the general sponsor.