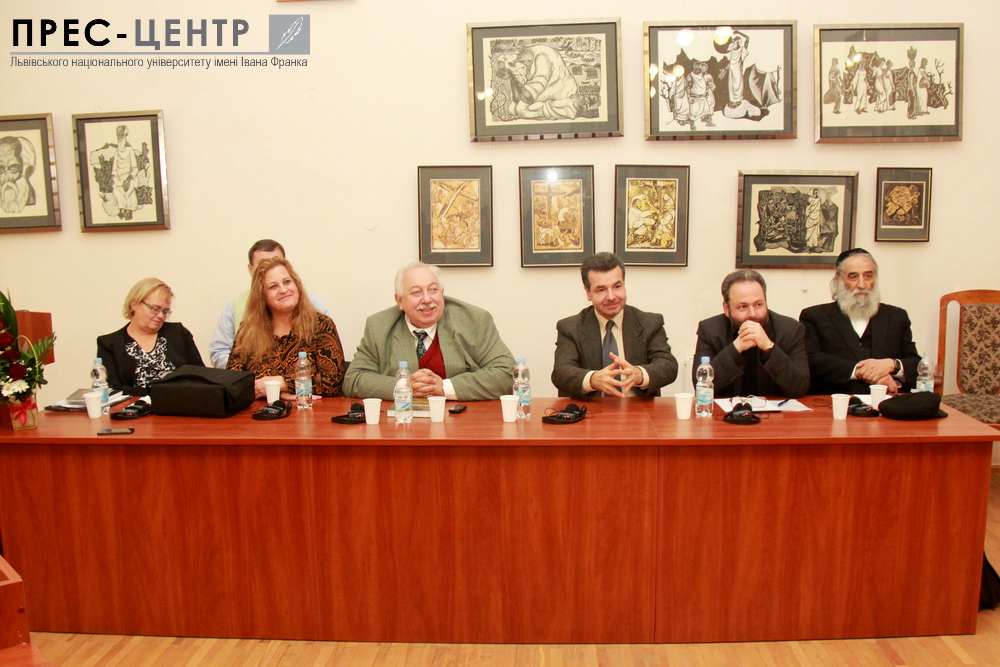 In the cooperation with the Scientific Centre for Judaica named after Professor F. Petryakova and the Representation of the American Union of Councils for the Jews in the former Soviet Union, the scientists of Ivan Franko National University of Lviv conducted a roundtable discussion dedicated to the theme of Holocaust on October 19, 2016.

The participants of the discussion – Israel scientists Florence Luxenberg-Isenberg and Anna Hansen, Lviv historians Roman Shust, Andriy Kozytskyi, Ivan Fedyk, Mykola Lytvyn, Mykola Posivnych, a Kyiv researcher Vitalii Nahmanovych and the students of the faculty of history – raised both irritating and complicated matters connected with Jewish Holocaust and repressions against the civil population of Ukraine in 1930-1440-s.

The results of the round table discussion demonstrated again that the problems of the mass extermination of civil population in the XX century must be dealt by historians but not publicists or politicians. The scientists believe that expert conclusions should be conveyed to the general public through Mass Media. “It is the only way for us to avoid the one-side picture of those tragic events, mutual accusations between nations promoting the formation of negative stereotypes and kindling of international enmity”, – Lviv scientists think.