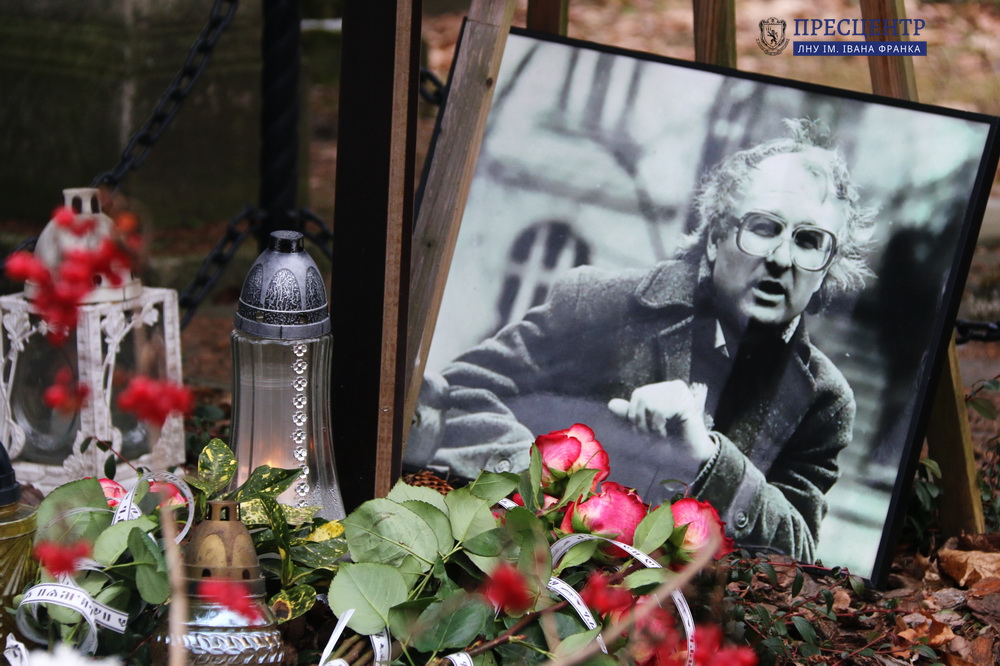 March 6th  marked the 75th anniversary from the date of birth of the long-term Rector of Ivan Franko National University of Lviv (1990-2007; 2010-2013), Minister of Education and Science of Ukraine (2007-2010), Hero of Ukraine, Honored Professor of the University – Ivan Vakarchuk.

Today,on March 7th , 2022, representatives of the University academic community honored the memory of Ivan Oleksandrovych by laying floral tributes at his grave in Lychakiv Cemetery.

“We remember Ivan Oleksandrovych Vakarchuk as a Great Ukrainian who dedicated his life and talent to ensure that education and science not only at the university but also in Ukraine reached the European and world level. Ivan Oleksandrovych not only always dreamed of this, but also effectively made his dream come true, – said the Rector of the University, Corresponding Member of the NAS of Ukraine, Professor Volodymyr Melnyk, outlining Ivan Vakarchuk’s invaluable contribution to the development and reform of Ukrainian education and science.

“The mentality of the Ukrainian, the mentality of the scientist, the mentality of the European, whenever he apprehends high levels of understanding of the world, is rooted in the national mental core that leads to scientific discoveries. In fact, Ivan Oleksandrovych is an example of how to work, act, change the space around based on Ukrainian national traditions and world experience, without widely publicizing his own achievements,” Volodymyr Petrovych added.

Let us recall,  Ivan Oleksandrovych passed away on April 4, 2020, at the age of 74.  On October 11, 2021, on the occasion of the Ivan Franko National University of Lviv Day,  in honor of the longtime Rector of Lviv University. The day before, on February 24, 2021, the Academic Council of the University named the Department of Theoretical Physics after Professor Ivan Vakarchuk.