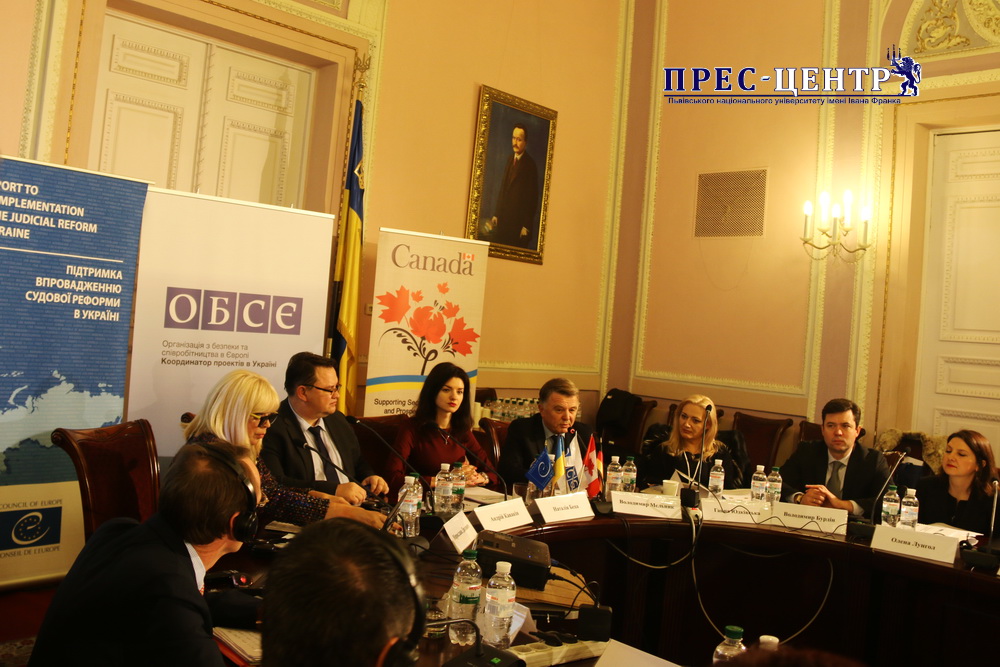 Greeting the participants of the forum Rector of Lviv University, Professor Volodymyr Melnyk stressed the importance of ensuring the observance of human rights. He noted that the University is always open for dialogue aimed at solving the most important problems of our time.

“The legal basis for the observance of human rights must be decisive in the life of our society. Only this way, we will be able to get closer to the European Union, only carefully following the principles of a legal society, we will be able to overcome all the negative phenomena in our country and build a truly successful state”, emphasized Volodymyr Melnyk.

The National Program Manager for Rule of Law and Human Rights, OSCE Project Coordinator in Ukraine Nataliya Betsa pointed out that the main goal of the event is to discuss the most up-to-date practices of the European Court of Human Rights. According to her, special attention will be paid to the implementation of justice in a conflict.

The participants were also greeted by the Head of the Council of Europe project “Support of the Implementation of Judicial Reform in Ukraine” Andriy Kavakin and the Honorary Consul of the Federal Republic of Germany in Lviv Myroslava Dyakovych.

Other representatives of the European Court of Human Rights, as well as scientists from Ivan Franko National University of Lviv and other well-known lawyers presented their reports.

THE UNIVERSITY FOSTERS COOPERATION WITH THE FEDERATION “FRANCE-UKRAINE EXCHANGE”
POLONISTICS IN LVIV: 200 YEARS OF THE IDEA