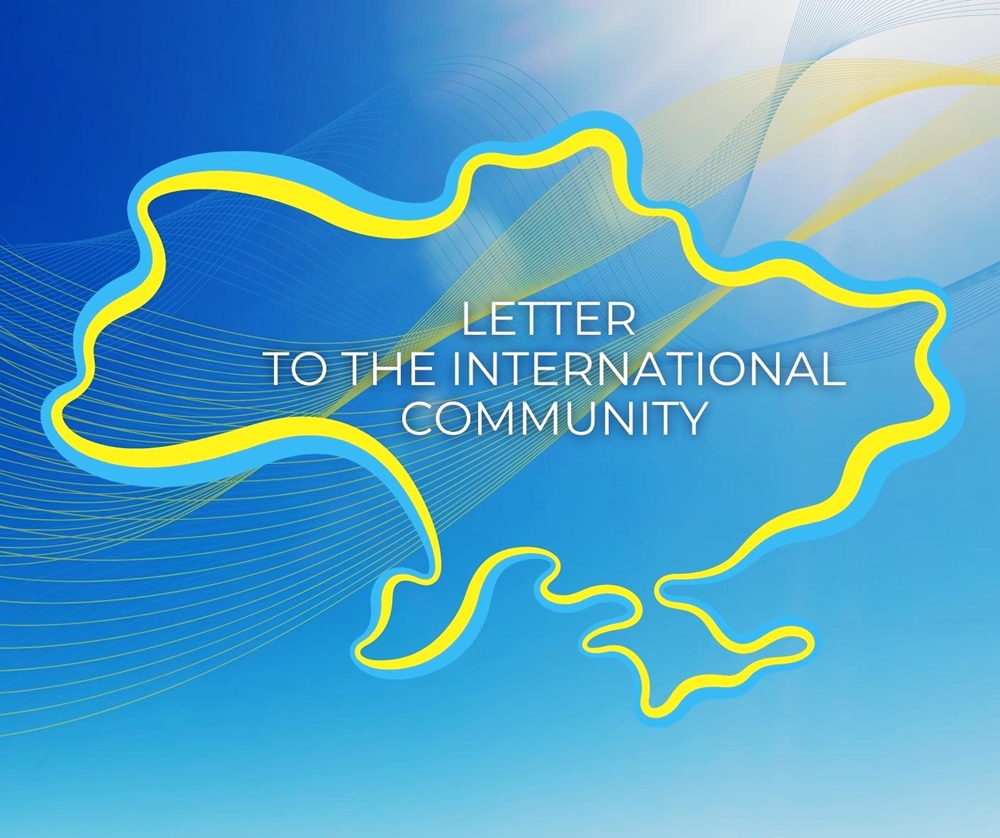 The Ukrainian scientific and educational community is turning to you for support!

The Russian Federation has committed an insidious and completely shameful military attack on our country. In 2022, cruise missiles with cluster munitions and vacuum bombs that arc banned in the civilized world are destroying residential areas, kindergartens, and hospitals in the very center of Europe. As of 2nd of March, the number of dead civilians reached 2 thousand (of which at least 18 are children), and thousands are wounded. The President of the Russian Federation threatens the world with nuclear weapons, which can clearly lead to the start of the World War III.

The armed forces and citizens are defending Ukraine to the end! The whole world gives a worthy rebuff to the aggressor through the imposition of sanctions. At the same time, we believe that in this situation the scientific community of the progressive world should have its say. That is why we need your support right now. In our opinion, in 2022, in the 21st century, perhaps the best answer to tanks, multiple rocket launchers, and rockets is closed access to high technologies, innovations, scientific research, and information support.

Therefore, we turn to you with a big request and confidence that you will not only hear, but also do everything possible to protect Ukraine, protect Europe, and, finally, the entire democratic world from bloody authoritarian aggression – with a request:

We are sure that such decisive actions will activate the scientific community and the proactive population of the Russian Federation to stop this shameful military aggression against all civilized mankind.

Without your unity with the Ukrainian nation today, tomorrow may not take place!

With kind regards and the belief for your support,

Minister of Education and Science of Ukraine Serhiy SHKARLET,

President of the National Academy of Sciences of Ukraine Anatoliy ZAGORODNIY,