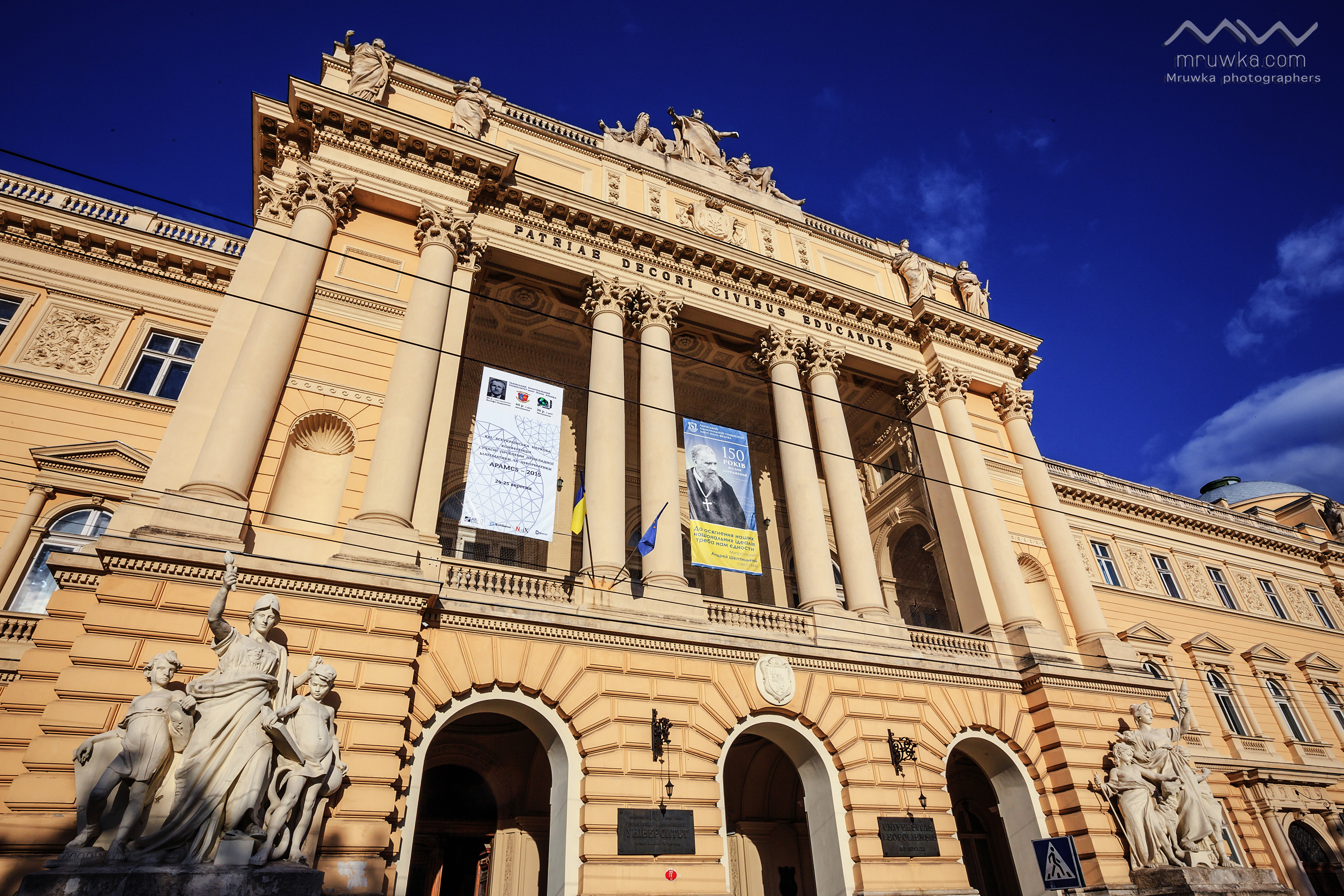 The structure of Ivan Franko National University of Lviv consists of 19 faculties, Institute of extended and pre-university training, 3 colleges, 7 scientific and research institutes, 6 museums, Observatory, Botanical Gardens, Scientific library as well as a number of scientific objects and objects forming the national heritage of Ukraine, other scientific and organizational divisions. 144 faculty and 2 general university departments function at the University. The University also comprises Specialized Academic Councils for theses defense and the department of postgraduate and doctoral studies where 860 postgraduates and 11 doctoral students study. The University is administered by the Rector’s Council, Academic Council and Supervisory Board. The Rector of Lviv University is Professor Volodymyr Petrovych Melnyk.

A number of student public organizations function at the faculties and colleges of the University – Trade Union of students, students’ self-government, “Young Diplomacy” (the faculty of foreign languages), «Association of Law Students” and “European Association of Law Students” (the faculty of law and Law college), “Student Brotherhood” and others. Students’ self-government was formed in 2005 and represented by the Students’ government consisting of 22 representatives of student councils of the faculties and colleges. The Students’ government is headed by a Master of the faculty of journalism Yaroslav Tkach.

More than 10 art groups and circles, 5 of which are folk ones work in the Centre of Culture and Leisure: Folk Bandurist Cappella “Zoryanytsya”, Folk Male Choir Cappella “Prometheus”, Folk Chamber Orchestra, Folk Song and Dance Ensemble “Cheremosh”, Folk Girl Choir “Lira”. The Educational and Professional Theatre “Proscenium” functions at the University where the necessary conditions have been created to train experts of scenic activity.

The Resource Centre for Inclusive Education at Ivan Franko National University of Lviv has been established according to the decision of the Rector’s Council aimed at developing the principles of inclusive education in academic environment, forming inclusive competence of future lecturers during their professional and pedagogical training and coordinating the efforts of the University administration, faculties, structural divisions, Students’ government to create proper conditions for providing educational needs of the students with special needs.

A number of international centers and studios function at the University: Centre of the Italian language and culture, Centre of Northern European Countries, German language Centre, Centre of Spanish studies, Information Centre of the European Union, Interinstitutional Individual Humanitarian Studios, TV and Radio Training Centre and others.

Ivan Franko National University of Lviv intensifies its activity in the book publishing sphere as well. Our editions have repeatedly received top awards at different contests. Accordingly, the books of the University Publishing Centre won the contest “The best book of the 17th Publishers Forum” and got special honors. The program “Lviv University Textbook” is implemented at the University. In addition, a bookshop, Bulletins, Collections of scientific works, scientific journals, information and analytical magazine “Kamenyar”, small publishing centers of the faculties of biology, geology, law, physics and chemistry function at the University.

The structure of Ivan Franko National University of Lviv also comprises student Mass Media – television, the newspapers of the faculties of philology, economics and biology, the student culturological magazine “Gilea”, Creative contribution of the students of the faculty of journalism, the International student scientific and legal almanac.