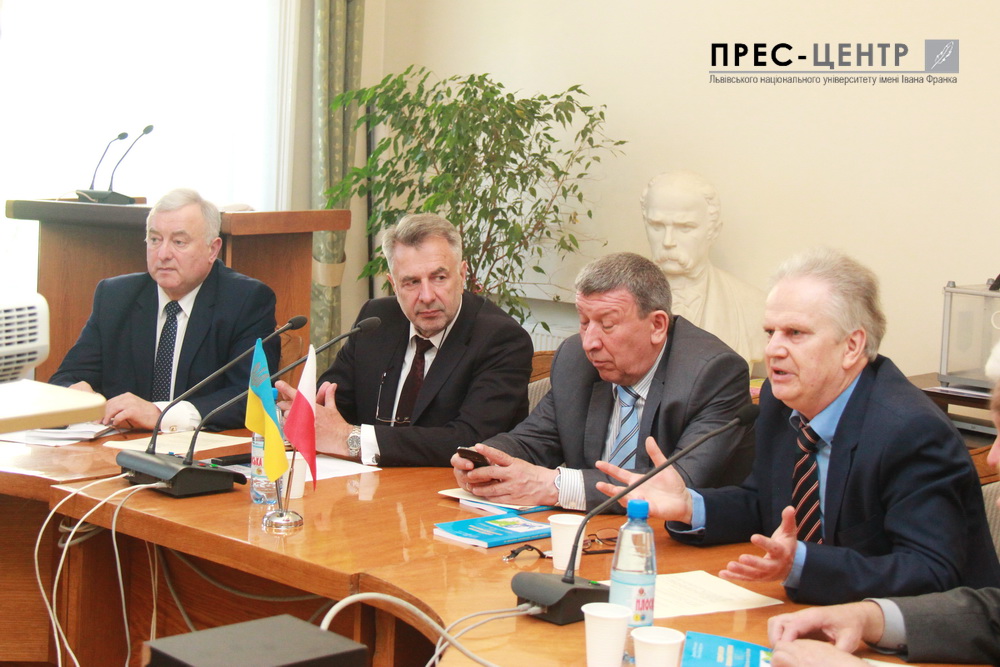 At the initiative of the Institute for European Integration of Lviv National University and the European Centre of Warsaw University an international conference on EU policy towards the countries of Eastern Europe took place on May 12, 2016. Ukrainian and Polish scientists and representatives of the General Consulate of Poland in Lviv were among the participants.

The book by researchers of European Centre of Warsaw University (a leading center of academic study of European integration in Poland) Dariusz Milcharek and Olga Barburska  “Eastern Vector of the EU Foreign Policy: Achievements and Challenges” was also presented at the conference.

In his speech, Conference moderator – Director of European Integration of the University Professor Bohdan Hud, stressed the importance of more active involvement of the academic community to the development of relations between Ukraine and the European Union. He particularly emphasized the effectiveness of cooperation between Ukrainian and Polish researchers, as exemplified by the publication of Ukrainian edition of “Eastern Vector of the EU Foreign Policy: Achievements and Challenges”.

The Dean of the Faculty of International Relations of the University, the Ambassador of Ukraine to the Republic of Poland (2010-2014) Markian Malskyy pointed out that more evident is the need of multilateral approach in relations between Ukraine, Poland and the European Union.

The Professor of European Centre of Warsaw University Dariusz Milcharek focused on the fundamental challenges of the EU policy towards the countries of Eastern Partnership, pointing to possible ways of their solution.

Other speakers too, spoke on various aspects of the EU policy towards Eastern Europe, including Ukraine. It was about the EU membership of Ukraine as leverage in Central and Eastern Europe, the ratio of values and interests in the EU policy towards Eastern Europe, the effectiveness of the EU foreign policy instruments for the implementation of neighborhood, participation of Poland in its creation, challenges of the Eastern Partnership, especially concerning the cooperation within the framework of the Carpathian Euro Region, the importance of the regional factor in relations between the EU and Ukraine etc.