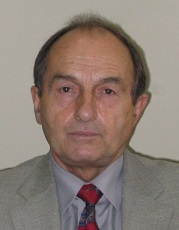 Zinovii Hryhorovych (22 December 1938, the village of Zahiria, now – Rohatyns’kyi District, Ivano-Frankivsk Oblast – 28 April 2008, the village of Hrybovychi, Zhovkivskyi District, Lviv Oblast) – economist-geographer, Candidate of Economic Sciences (Problems of reducing the material consumption of products, 1971), Associate Professor (1974), Professor(1991). He graduated from the Faculty of Geography of Ivan Franko National University of Lviv (1961), postgraduate studies (1971). He worked as Laboratory Assistant Lecturer in 1961-64, Head of the methodical office of the Department of Political Economy in 1964,  Assistant Lecturer in 1964–68,  Associate Professor of Political Economy in 1974–91, Professor and Head of the Department of Economic Theory in 1991-2008, Dean of the Faculty of Economics of Ivan Franko National University of Lviv in 1983 – 2002.

Editor-in-chief of the Bulletin of the University of Lviv. Economic series, member of the Presidium of the Scientific and methodical commission of the Ministry of Education and Science of Ukraine for Economic Education. Honorary Professor of Ivan Franko National University of Lviv (2002).